Article about Kate in Minnesota Lawyer 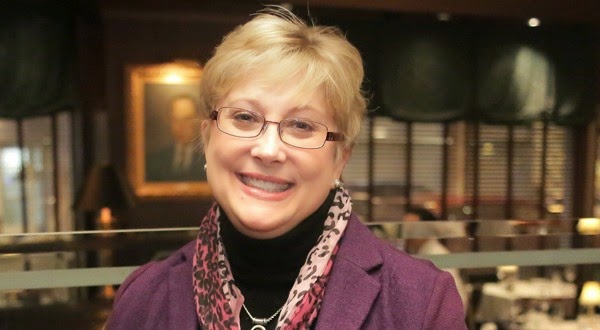 From the article in Minnesota Lawyer about Kate:

“'Kate MacKinnon has been a solo or very small firm lawyer for many years, a group that deserves more recognition in the legal community generally,' said Hennepin County District Court Judge Mary Vasaly, who nominated MacKinnon for Attorney of the Year.  “In the many years she (MacKinnon) has practiced in this community she has demonstrated her excellence and professionalism. She focuses on ERISA and appeals, two very difficult areas, particularly for a solo practitioner.”

"One of MacKinnon’s recent significant legal victories was a landmark reversal in an insurance coverage case. In Jacky L. Larson v. The Northwestern Mutual Life Insurance Co., the Minnesota Supreme Court ruled that the insurer acted improperly when it refused to pay the death benefit for an insured.  The court said the rescission of an insurance policy 'requires proof of the insured’s subjective intent to deceive.'"
"MacKinnon said she loves being a lawyer because of the intellectual problems she gets to handle. “It is fascinating and interesting. It is never dull.'"
Read more about Kate's 2014 Attorney of the Year Award in Minnesota Lawyer here: http://minnlawyer.com/2015/02/20/attorneys-of-the-year-katherine-l-mackinnon/
Posted by Unknown at 12:46 PM No comments:

Attorney of the Year Ceremony

Kate was recently recognized as an Attorney of the Year for 2014 by Minnesota Lawyer. Here are pictures of Kate receiving her award: 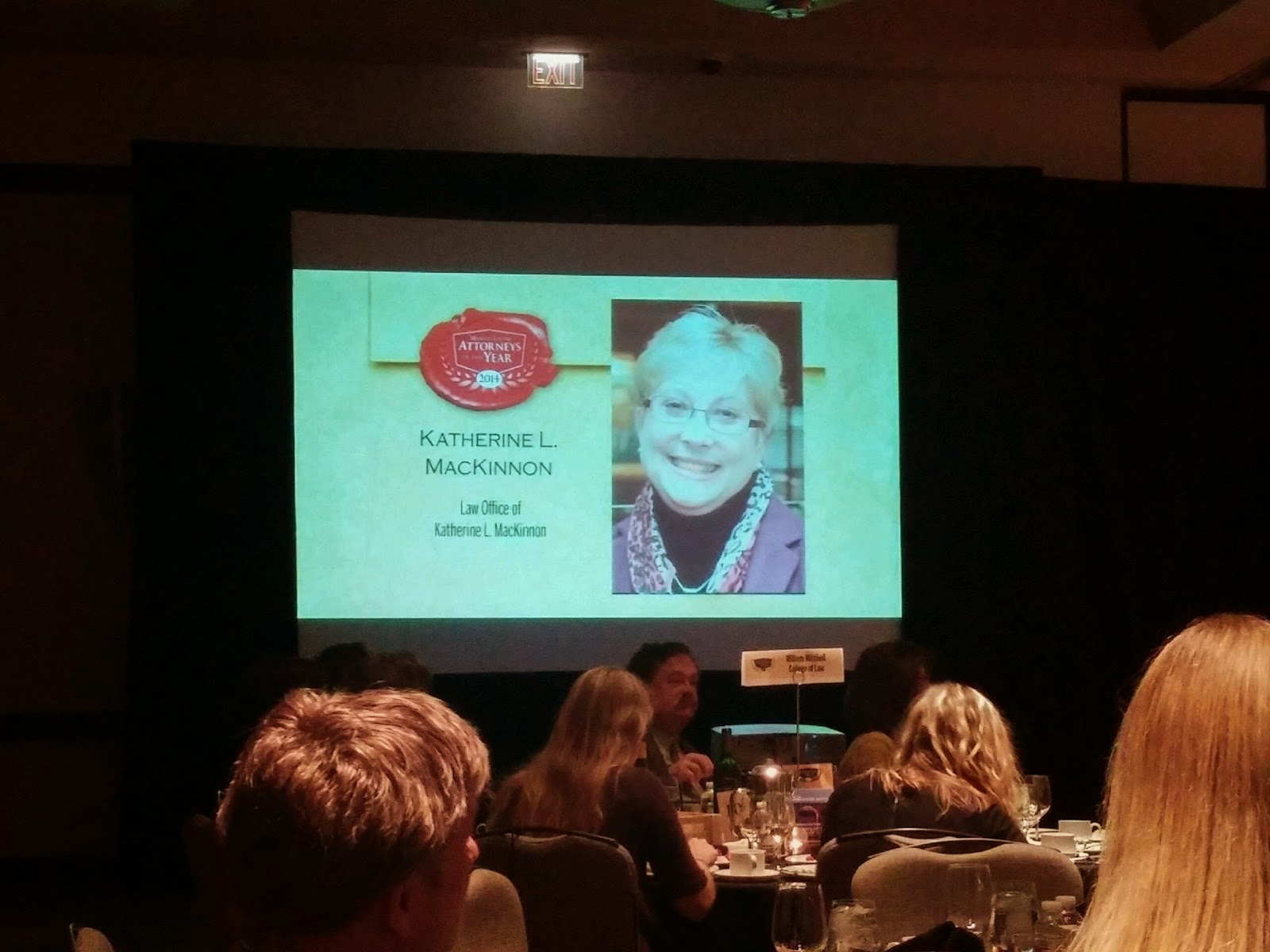 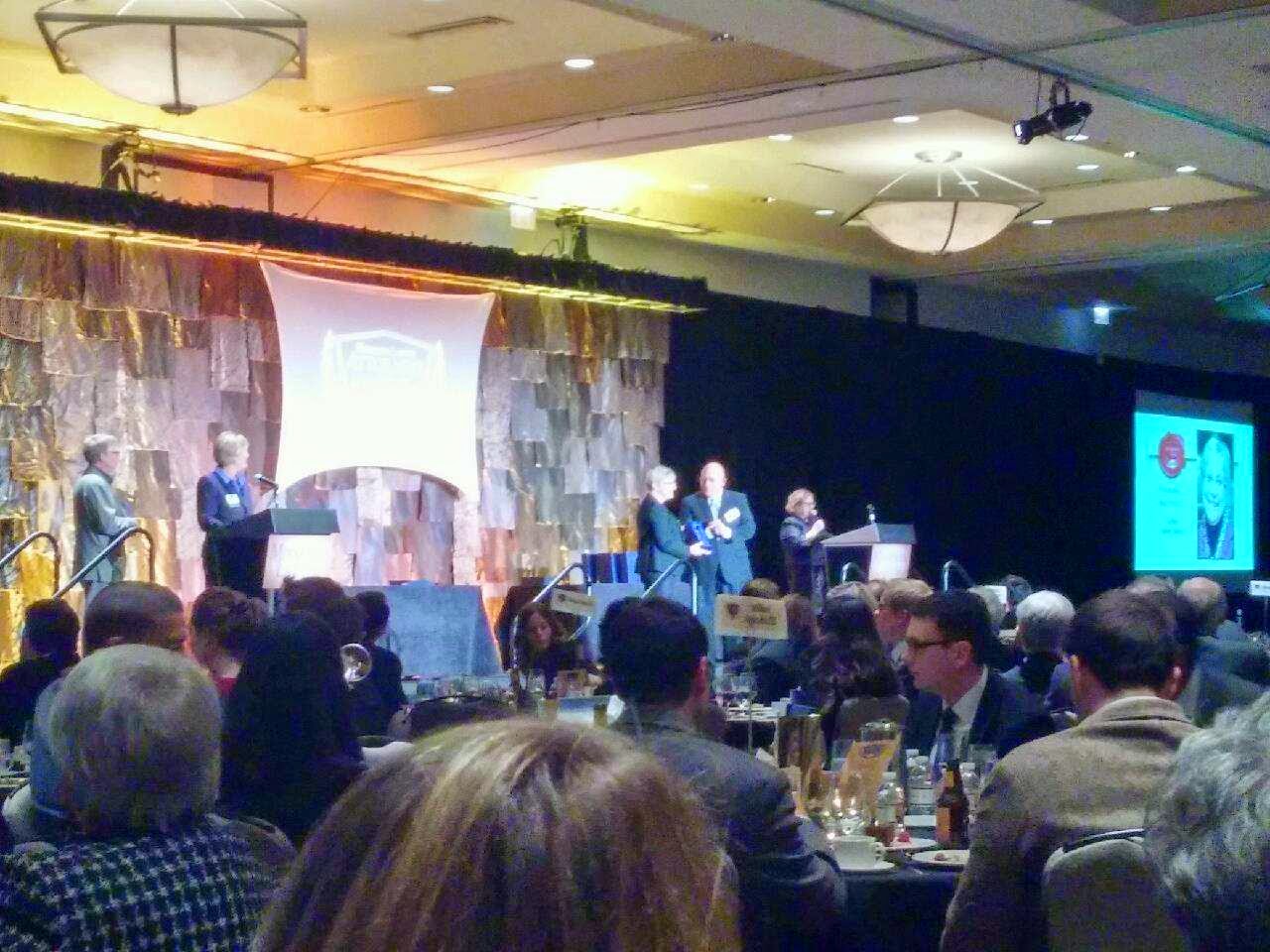 It was a lovely ceremony. The attorneys recognized had made incredible contributions. It was a great honor, and Kate was thrilled. Thank you to everyone who has reached out with to congratulate her!
Posted by Unknown at 10:41 AM No comments:

We are attorneys Kate MacKinnon and Sarah Demers at the Law Office of Katherine L. MacKinnon in Minneapolis, Minnesota.